Read the letter from Harley Avenue Primary School in Elwood, New York, over at the Washington Post, where Valerie Strauss has provided the full text and reporting.

If you want kindergartners to lose engagement, just cancel their annual end-of-year show in the name of getting them “College and Career Ready.”

Really, you can’t make this stuff up.

Read the Washington Post article by Valerie Strauss, in which she shows the letter from the New York school administrators, explaining that the five-year-olds’ play has been cancelled. According to the school’s letter:

Although the movement toward more rigorous learning standards has been in the national news for more than a decade, the changing face of education is beginning to feel unsettling for some people. What and how we teach is changing to meet the demands of a changing world.

This is staggeringly sad, that educators must rationalize away the childhoods of children and promote the false notion that more early formal academics will somehow be of greater benefit to them than working together to create and perform a play.

On the other hand, when some wonder why “regular people” are choosing to homeschool their children, just send them a link to the article. If they don’t mistake it for a satirical piece from The Onion, they’ll probably get the point. 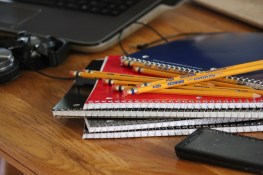 This kind of thinking has our educational institutions pushing formal academics to younger and younger children.
END_OF_DOCUMENT_TOKEN_TO_BE_REPLACED